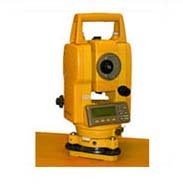 A Total Station is a electronic device which combines the ability to measure a position horizontally and vertically at the same time.  It has two parts, a machine mounted on a static tripod, and a prism mounted in a casing marked as a ‘target’ on a metal staff which is moved around the site.  Total stations developed in civil engineering, but like many other items of equipment, archaeologists realized their usefulness for archaeological purposes.

The tripod-mounted machine part is set up at a ‘base station’, often a point from which as much as possible of the survey area can be seen.   Several base stations may be needed to cover a survey area; it is always best to have at least two so that some measurements can be taken from both to test for accuracy.  The prism is carried around the site and positioned vertically at recording points.  It is set at the same height as the machine on the tripod, this is then subtracted to give a ‘real’ height on the ground surface.  The person with the prism, rather than the person working the machine, is responsible for what gets recorded.

The machine part of the Total Station has a lens rather like a telescopic rifle-sight with cross-hairs which are focused on the prism.  The whole instrument swivels horizontally and the lens swivels vertically too.  The Total Station is partly based on a principle used in traditional theodolites, where two 360 degree scales, one vertical and one horizontal, give a series of angles which can be used together to calculate a position with the aid of trigonometry.  The Total Station combines these with a device known as an Electronic Distance Measurer or EDM.  This sends out a tiny light signal which bounces back from the prism, giving a time interval which can be use to calculate distance.  Instead of the surveyor noting down all readings in a notebook and calculating positions after wards, it is now possible for the Total Station to send them directly to a data-logger mounted on the tripod, which can then be down-loaded into a computer to produce a plot.  Advanced machines, known as self-tracking Total Stations, can be programmed to follow the prism automatically, allowing continuous readings to be taken. 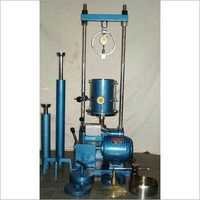 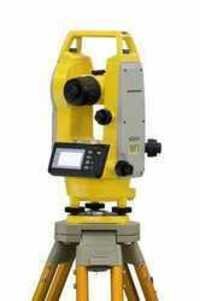 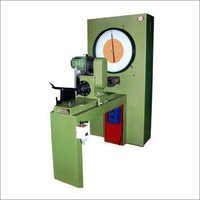 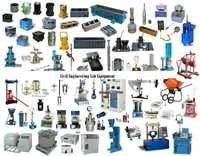